Current standing after five events of the GWGC Cup.

After five events of the inaugural GWGC Cup our leader is Len De Silva who has performed well in all events and had two wins.

The big mover after the 5th event was Sam Auvaa who had a great win overall in the Winter Cup with a second round of net 66. Still 7 events to go so with a win you can leap up the leaders board.

Next event is a single round of Par on Saturday 9th July.

Good luck to all players

A dewy morning welcomed the members of Glen Waverley and Oakleigh as they faced off for the inaugural Monash Cup.

This battle between fierce rivals was always going to be a fight to the death, and it was the might of Oakleigh who did the business on their home track.

In an very close battle scored by averaging each clubs stableford points, Oakleigh scraped in by a mere 0.36, scoring 30.11 to Glen Waverley’s 29.75.

Oakleigh jumped on the back of in form barman Kipnis and President Luiz, who were one and two on the dais, each with 38 points. In third place and doing Glen Waverley proud was Mark Opdam with 37.

Thank you to the organisers at Oakleigh and thank you to Glen Waverley for coming along and making it a great day. The golf, lunch and company was fantastic.

Another season of Pennant has finished for the year and after both Team Red and Team Black made finals, unfortunately we failed to bring home a flag.

Team Red going to down to Yarra Valley in the Semi Final 5 point to 3 and Team Black after finishing in top spot missing out in a tough match with Dorset losing 5 points to 3.

Thank you to both captains Chris Sutherland and Cliff Rowe for leading the teams and we are sure to come back better and stronger for next year. We had a number of players make there Pennant debut and it was a strong learning experience for them all and will place us in a strong place for season 2023.

Round two results semi finals to be played 26th February

Final of the Match play championships was played between Victor and Cliff and after a hard fought round Cliff finally secured victory on the 20th hole.

Congratulations to both players on reaching the final and to Cliff Rowe on a great victory.

This was the second year that players competed for The Michael Howard Memorial Trophy.

Congratulations to Ken Bruton who won the event with a score of 66 points for the two round Stableford event. 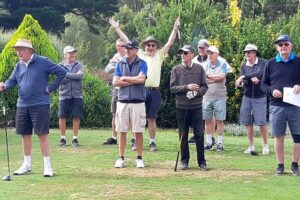 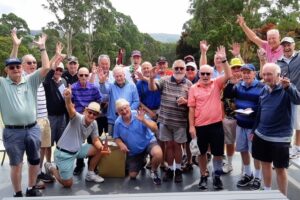 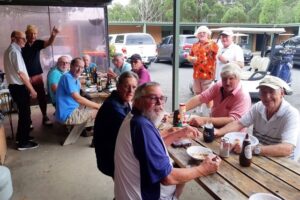 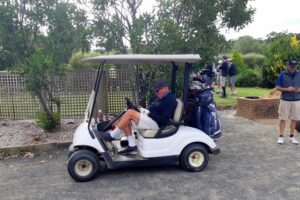 As most of you would be aware, we released a range of GWGC branded merchandise last year, and we would like to ensure that all members have the opportunity to purchase these goods.

Attached is a flyer with details of what’s on offer.

It is important that when making the transfer that you include a reference so that we can identify who has made the payment (eg. “[Your Name] – Merchandise”).

Once the email is received and receipt of payment has been confirmed, the order will be placed.

Please ensure you add GST to your payment